THE belief in the existence of personal powers which enables the possessor to attract, influence and control others, has been held by the race from the earliest days of written history. Many of the esoteric tantra scriptures hold references to this extraordinary mysterious power possessed by certain individuals, which enabled them to attract and influence others. In the present age, an era where possessing Attraction is not necessary, but mandatory. In present times very little is known about these esoteric enchantments. Often people contrast Attraction with Good looks, which is incorrect. Attraction and Good Looks are two different concepts. A person with good looks doesn’t always attract attention. 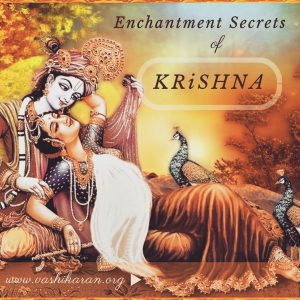 Does it mean being handsome & physically attractive?

One thing is certain, either you have influence over others, or others will have it over you. This is the first fact that must be understood.

The desire to influence and gain attention from others is as appealing to men as it is to women. As the ritual name suggests this Yajna is meant for enchanting others with your presence. One of the names of Lord Krishna is Mohana, which means to Attract or Pull others towards you. Krishna is the true source from where all Attraction emerges, He is the embodiment of Vashikaran & Sammohan.

Lord Krishna was said to be dark complexioned and yet the magnetic attraction that one felt in his presence was something beyond this world. To succeed in this world it is necessary to possess a magnetic and attractive persona. You might not be born with this virtue but, through the power of yajna rituals you can instill a divinity in yourself that could make others feel overawed in your presence. The divine ritual instills a unique confidence & radiance in you.

You might have seen many people & celebrities who are just average looking, yet they command Attraction and Mass following. It is not necessary to be physically beautiful to possess a strong persona and attraction. The Krishna Yajna aims to awaken the untapped positive energies within you.

Whatever field you are in, this Yajna could come in handy as it aims to fill your life with charm and magnetism and bestow you the desired attention. After accomplishing this ritual people will pursue in a positive manner, the changing attitude of people around will prove you that the ritual its charm.

The Krishna Vashikaran Yajna is performed from Friday or on Ekadashi (i.e. Eleventh Lunar day) onward to make it more effective. Contact us for the availability of the dates before ordering.
We use cookies on our website to give you the most relevant experience by remembering your preferences and repeat visits. By clicking “Accept”, you consent to the use of ALL the cookies.
Cookie settingsACCEPT
Manage consent

This website uses cookies to improve your experience while you navigate through the website. Out of these, the cookies that are categorized as necessary are stored on your browser as they are essential for the working of basic functionalities of the website. We also use third-party cookies that help us analyze and understand how you use this website. These cookies will be stored in your browser only with your consent. You also have the option to opt-out of these cookies. But opting out of some of these cookies may affect your browsing experience.
Necessary Always Enabled

Any cookies that may not be particularly necessary for the website to function and is used specifically to collect user personal data via analytics, ads, other embedded contents are termed as non-necessary cookies. It is mandatory to procure user consent prior to running these cookies on your website.